In August my family went for a vacation to Vientiane, Laos. Since it’s near Bangkok, Thailand my father insisted to do “sidetripping”. The rest of us were against it because of additional cost and a long bus travel crossing the border. Yet we ended up going anyway.

Bangkok is such a beauty. The weather is just right, the people are full of smiles, the food is super affordable and fresh, and a shopping paradise for lower to middle class buyers! In fact, a lot of Filipino RTW businessmen go to Bangkok to purchase items. In terms of structure, the city preserves several temples that includes the famous Grand Palace at the heart of Bangkok, which is near the Thai-only floating market! 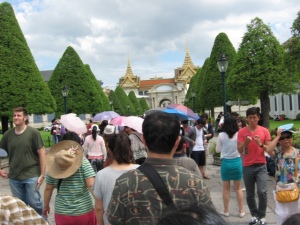 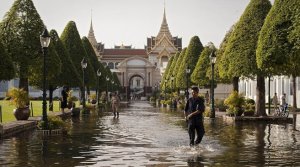 The photos above show the comparison of the then Grand Palace (August 2011-left photo) and now (October 2011-right photo). Thailand was hit by a strong typhoon early October, which mostly affected the central part. Thai Government tried to put up several sack bags to control the flood from coming into the inner part of the city but the waters still went in.

My Thai friends have been posting on their Facebook account updates on the flood and its effects. Work and school were suspended and several establishments and businesses are paralyzed as well.

The Philippines was hit with two super typhoons this year. Water level in two provinces has not yet subsided until now, which is almost a month after the devastation of the typhoon. Just this week, Turkey had an earthquake. And early this year, tsunami severely damaged Japan, including the radiation leak in factories. There are several other calamities that shook the world recently.

Poor or rich have one thing in common, survival.

When nature strikes us back we can never control the weight of its impact. No matter how we advance our technology to predict future calamities and its effects, we can never run away from whatever comes because it remains “unpredictable”.

If we read Genesis 1 God designed the earth so beautifully for His name’s sake–not for human beings or for animals, but for Him alone. When He was done creating everything, He said it was all “good”. What is happening now is no longer “good” but the complete opposite. Instead of continuing the good works, we are exploiting it for ourselves, thinking that the resources is unlimited. And it took us thousands of years to realize that! It’s time for us to pause and reflect once again on God’s word. Let us learn from Him and try to restore what has been lost: relationship among the environment and among each person. It’s time for us to stop being selfish–think of our brothers and sisters that is suffering due to natural and man-made calamities. We need to bring back the “good” of God’s creation.

There is time and seasons to do so! If we take advantage of our collective survival instinct, we can definitely prevent future calamities brought about by the people.

God created everything seen and unseen. He gives life and takes it away. Jesus, with the disciples while at sea, calmed the waves and commanded the storm to stop. If we call upon Him and have faith in Him, He will also do the same. We can avoid the next Pedring, Ondoy (Ketsana), tsunamis, hurricanes, and the like if we just humble ourselves and be “good” in the sight of God–like what He had planned us to be.

The continuous motion of flood waters to the central part of Bangkok is still making a headline. Everyone is vulnerable with diseases and deadly infections. Although the temples and heritage architectures are submerged in water, their beauty remains incomparable. It clearly portrays that everything that God created and has done compliments with one another (even if it means undergoing a calamity). I know that the water will subside soon and in a few months, Bangkok will restore its authentic charm–the same with the hardest hit areas in Central Luzon. There is hope and a chance to redeem ourselves; a chance to learn from the incident; a chance to avoid it.

I will definitely go back to Bangkok! 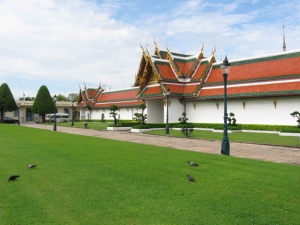 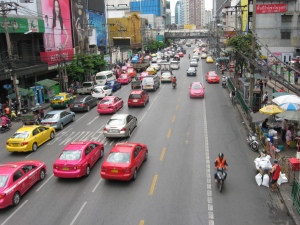 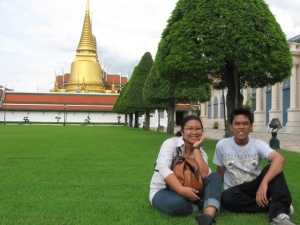 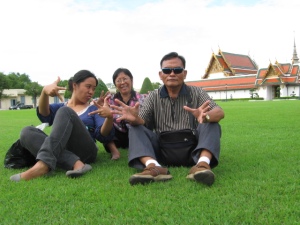