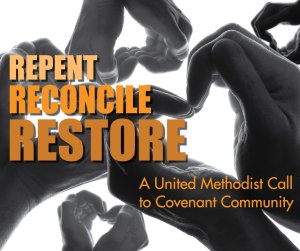 I am actually discouraged to look at the news today because of the prevalent ongoing conflicts due to religion. Asia, Europe, North and South America, Africa, etc. All you see, read, and hear about are people killing each other for the sake of their faith. One belief that causes massacre to another. Is this what the universal God actually intended for us to be? A world full of chaos and injustices?

Curious, a friend asked me about my religious stand and why I choose to put my faith in this belief. This friend had turned to agnostic due to inconsistent appearance of religion. He said that he cannot see “god” at work because people who claimed to be followers of “god” live a life contradictory of the teachings.

In a year-end article in Washington Post, 2014 was noted as the most violent year in the last decade, recording many death tolls and cases on human rights violations. And most of the tolls are under the religious banner.

“When two deranged gunmen can kill a dozen journalists and send Paris into panic in the name of their prophet, we seem to have more evidence of the damage religion does in the world today. We watch as the so-called ‘Islamic State’ combines social media with barbaric tactics to unleash inexplicable terror. We hear time and again of clergy abusing their power by abusing members of their flocks. We are drawn further into cynicism when even Buddhist monks find themselves in the headlines for promoting violence in South East Asia.” (Dr. Rahuldeep Singh Gill. Does Religion Poison the Well? Huffington Post, 1/19/2015)

If God’s identity is seen as a destroyer, where then can we see our Creator’s love?

God made us like Him/ Her and has passed down to us a perfect example of righteous and pure living, and yet, with our evil desires, we use our freewill to lose ourselves—to lose our identity, and also lose God’s identity in us.

Philippine National Hero and novelist late Dr. Jose P. Rizal in his famous historical-fictional literary works Noli Me Tangere (Touch me not) and El Filibusterismo (The Filibuster), illustrated the distorted power of religion in the society.

Rizal’s works gained him trust and hope from the Filipinos, yet threats and martyrdom from the Spanish rule. The Spaniards arrested, imprisoned, and eventually killed Rizal by a firing squad for exposing the real nature and politics of Roman Catholicism at that time.

In our history Spanish came to the country to “convert” the locals, forcing their Christian God over paganism. They introduced religion to cover their other intention—to take over!

I am not saying that mission-work is bad, I am simply emphasizing the fact of how the Gospel was presented. Yes, the pagan indigenous people turned to the Christian God, which is a positive result of that Spanish expedition. However, there was a hidden agenda that was contradicting to God’s message.

Locals were forced out from their own properties and were turned to slaves. The priests became governors of the different towns. And finally, Spain got a hold over the entire archipelago of more than 7,100 islands, even to the extent of naming the country after the king of Spain—Philippines.

Religion has great influence in governance. I would definitely understand so, in fact, I do agree that the people running the nation should be chosen and ordained by God. This is true in the biblical times (Old Testament). During this time God directly calls the prophets and the people God uses for the work. However, with the growing greed, pride, and independence (from God), human beings began choosing their own leaders (badly), and most of us kill for the position.

The Jihadist group Islamic State of Iraq and al-Sham or also known as ISIS has been recruiting Muslims from all over the world to return to their homeland and help establish the “perfect state.” And in order to achieve this goal, it destroying homes, killing lives, and displacing thousands just to reclaim their territory. (See Washington Post feature report on December 2014)

Malek Merabet, brother of a police officer killed in an Islamic attack in Paris, France commented, “My brother was Muslim… Islam is a religion of peace and love… Mad people have neither color nor religion.”

Dr. Gill quoted Dr. King that he (MLK) “taught that faith can provide the glue that keeps people striving to be their own better angels, and that faith is a force for good in this world.”

All religions or guiding philosophies aim for one thing: peace and justice. If we go back to our principles and the roots, we would see the non-violent ways of dealing conflicts and misunderstanding.

Several times we look at this text in the perspective of Peter and his famous wavering faith to
Jesus. Repeatedly we always focus on Peter’s failure and his part of the story that we lose focus on Jesus’ proclamation on his being, “It is me.”

All throughout the Gospel, Jesus is very consistent with his words towards his family, his disciples and the rest of the people that followed him. Jesus knows who he is and everything that he does lead back to his identity. Who then is Jesus? What does he mean when he says, “It is me?”

If we look at the entire life of Jesus: his works and ministry, we would see that he always points people to God the Father. Jesus knew his identity and has never walked away from that!

In this story, Jesus emphasized God’s presence in his life and has always acknowledged God the Father in everything that he does. “It is me,” Jesus said with authority because the Father has given him authority—authority to do all things, including to calm the storm and save Peter.

The passage in 1 John 2:28-3:1-9 reads God’s lavish gift to us that the Creator calls us children.
In that sense we are actually given also authority to be the Redeemer’s ambassadors here on earth!

The promise didn’t stop there. The Scripture also defined the qualities of God’s children:
1. Abiding in God as children born from God.
2. Purifying themselves as God is pure.
3. Practicing righteousness as God is righteous.

These characteristics are manifestations of God’s greatest unconditional love to us. These are not requirements but are natural fruits of God’s Spirit living in us.

Fields of Blood book author Karen Armstrong argues in her book the political and economic roots of these conflicts and we can’t blame it to religion. Besides, most of the time, intentions of individuals who contribute to human rights violations are more powerful than their faith principles.

If we could just focus on celebrating our common mission as ambassadors of peace and justice and set aside our differences, we would definitely have a more just and humane society. Let us allow our faiths to bring us together and built us up.

“…let us find ways to make faith relevant to the needs of our time, and to use its light to forge through the dark caverns of hate and injustice.” (Dr. Gill)

Check the latest newspaper, listen the recent news on the radio, or watch the news on television and try to identify and reflect the following:

1. How many times religion (Christian, Islam, Jew, others) is mentioned in the article?
2. How is Christianity portrayed in the article?
3. If God is love and as children we are also called to love, why then are we instruments of human rights violation?