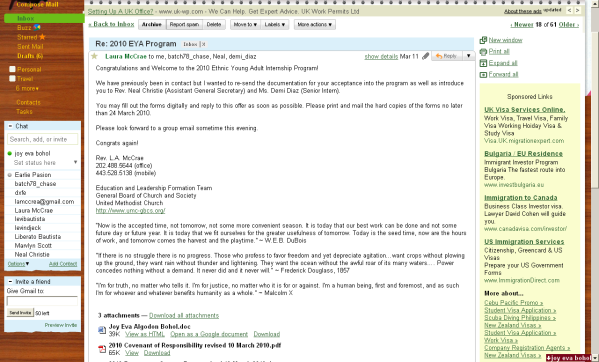 10I am the LORD All-Powerful, and I challenge you to put me to the test. Bring the entire ten percent into the storehouse, so there will be food in my house. Then I will open the windows of heaven and flood you with blessing after blessing. END_OF_DOCUMENT_TOKEN_TO_BE_REPLACED

I was applying for my passport renewal in the Department of Foreign Affairs this morning (March 24). The waiting line was long. I was there since four a.m. thinking I might land in the top 50 applicants. But I was wrong. Instead I was number 96, standing for more than three hours. Well, standing there for a long time was fine with me as long as the rest of us were doing the same—fairly. 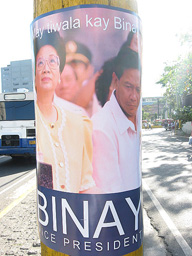 To my surprise, while I was humming (to divert my leg pain), two women and some men where arguing about unfair queue turns. A woman arrived at around 6 a.m. and took over a man (near the office’s door) place, who’s paid to line for that person (woman). The other woman (who complained) demanded for a rightful line since majority of us were there waiting for our turn patiently while others only go there in time for the office opening.

I learned that bystanders offer to line-up for a person to earn money by selling their position to someone. Tired and frustrated, I kept silent while hearing injustices around. While some people were arguing, little street kids were roaming around begging for money.

But the manifestation of the rich using the poor through their money is obvious in a simple queue for passport application.

END_OF_DOCUMENT_TOKEN_TO_BE_REPLACED

“In like manner also, that women adorn themselves in modest apparel, with shamefacedness and sobriety; not with braided hair, or gold, or pearls, or costly array; But (which becometh women professing godliness) with good works.” I. Timothy 2:9-10

It was a hot sunny afternoon and my long hair is suffocating me. I was on my 11th month to keep up with the long hair (so to have some style on my graduation day) but the dry and sweaty feeling brought about by the extremely warm weather made me decide to cut it short. END_OF_DOCUMENT_TOKEN_TO_BE_REPLACED

Allow me to share with you this forwarded email about a Philippine senator who died and before his verdict whether to go to heaven or hell, the senator was asked to experience both. The story is full of humor and reflects on how politics in the country, for so many years, has shaped the minds of Filipinos. I hope this would serve as an eye opener to all of us as we choose the Philippines’ next political leaders come May 10 elections. ^_^ END_OF_DOCUMENT_TOKEN_TO_BE_REPLACED