Being a fan of the seven-series Harry Potter book, it is a big shock to know that the best-selling fiction novel is allegedly copied by its author from another British novelist.

This is according to a report made by the Associated Press on February 18, which was co-published by Sun.Star Network Exchange. It said that J.K. Rowling is being sued for plagiarism (to read more click on the phrase).

Rowling holding one of her famous Harry Potter book series

Is it just a work of propaganda by Rowling’s competitors and oppositions? Or did Rowling really stole the idea from an old author?

END_OF_DOCUMENT_TOKEN_TO_BE_REPLACED

Have you ever been in a situation that everything seems to be way out of your planned schedule? Waking up one morning thinking that the day would be just fine when all of a sudden it turned upside down? I have.

Waiting patiently for 4 hours in the airport.

It was a Saturday dawn when I arrived home from work and immediately packed my luggage for a weekend meeting in Laguna (Luzon). It was already 2 a.m. and my flight was at 6 a.m. so I decided not to sleep instead I entertained myself by watching a television series. I tried not to sleep fearing that I might go on with the feeling and forget about my flight (yet it didn’t work cause I still unconsciously had a nap). I got freshen up, ate my baby back ribs (Casa Verde) with rice breakfast and a sip of warm milk. I bid good bye to my sister (who joined me in my short vigil) and went off to see a taxi. END_OF_DOCUMENT_TOKEN_TO_BE_REPLACED

Good friends are hard to find, harder to leave, and impossible to forget–anonymous

October of 2009: The Winx (meaning withhold) parted ways as the semester ends. Because we are all irregular students, either transferee or shiftee, most of us finished school on the first semester of AY 2009-2010. One member went to Manila for good, one to her hometown in Negros Oriental, two applied to a media company, and one still working on her thesis (who later applied for media work).

December 2009: Three of us got work as media practitioners while the two were still enjoying their freedom as newly graduates.

January 2010: Plans for a possible reunion were organized but was not pushed until February.

Unfortunately, due to availability and other reasons, only three of the Winx came. The whole two hours of chitchat and photo sessions was definitely once in a lifetime because a day after the meeting the other one left for Manila.

END_OF_DOCUMENT_TOKEN_TO_BE_REPLACED 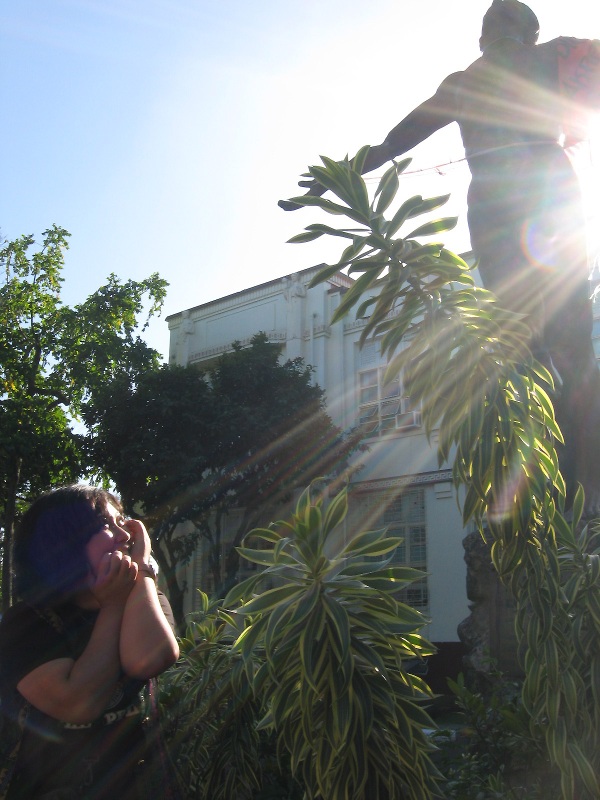 Just a thought: “Are crazy people allowed to vote? What if they are registered voters before their mental incident happened?”

‘Crazy people’ here refers to those who are insane, mentally deranged, demented, senseless, and having an unusual, unexpected, or random quality, behavior, result, pattern, etc., according to dictionary.com. END_OF_DOCUMENT_TOKEN_TO_BE_REPLACED